While spending a good amount of time in the car on our road trip a couple weeks ago, Taste Tester and I decided to count how many states we’d been to. After tallying him at 34 and me at 25, we decided to add another new one to the list: Arkansas. It was only a short drive away from where we were staying in Springfield, MO so we decided to take a day trip there. After getting some recommendations on various cities and parks to visit, we chose Eureka Springs. It’s a quaint town that’s got a similar vibe to Woodstock, NY (if you’re a north-easterner). The difference is that it’s larger and there are tons of awesome Victorian houses scattered all over the place.

Somehow I didn’t get any pictures of the adorable Victorians - probably because I was too busy ogling them as we drove by, but here are a few shots of the nice downtown: 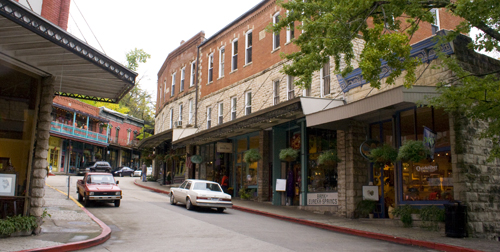 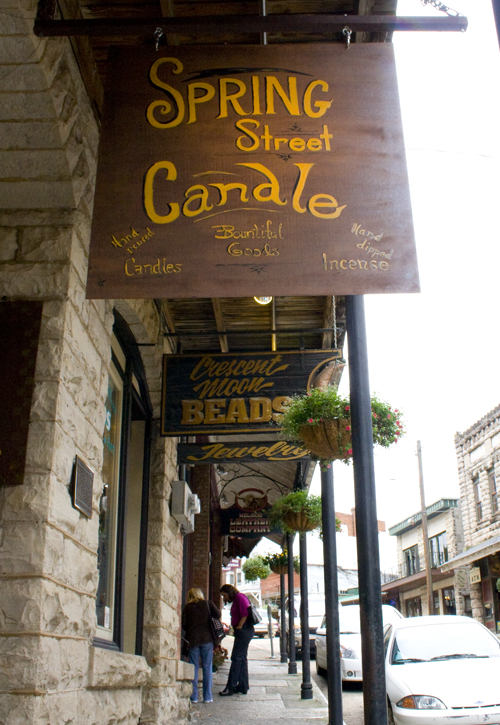 Though his wife recommended it, Shawn was a little hesitant to send us to Eureka Springs with the stipulation that the downtown is mostly full of quilt stores. While we can confirm that you can find many a quilt there, you will also find other fun little shops including this well-stocked candy shop called Two Dumb Dames. The large fudge selection takes up the left counter in this photo. They also sell lots of classic candies, chocolate-covered nuts, and even t-shirts. 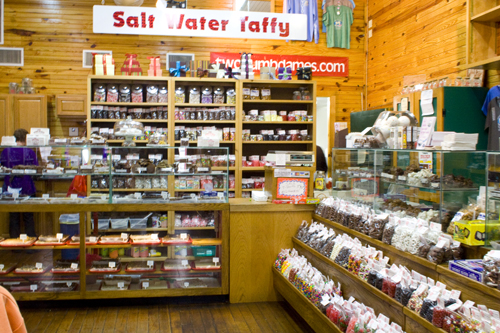 (Okay so it may not be the most attractive treat ever, you don’t get a name like ‘Explosion’ for being pretty!) If you ever find yourself in Eureka Springs, AR make sure to swing by Two Dumb Dames to pick up some of their tasty quilts - er - fudge and a hunk of their Pretzel Explosion.