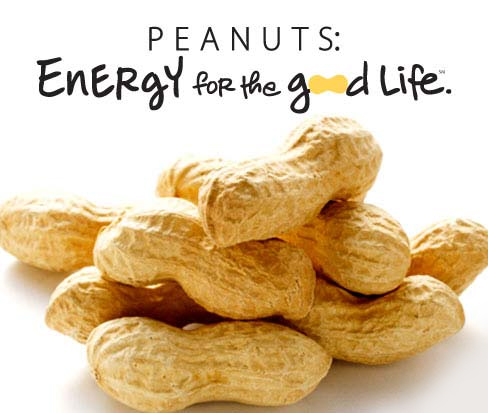 On Wednesday March 4th, the National Peanut Board held a tasting event in NYC. Sometimes I really love living in NYC because where else would there be an event to honor peanuts during which they serve only foods made with peanuts?

The tasting took place downtown at the Astor Center. It was the first event I had ever spent there, and it’s a pretty cool space. We spent most of our time in the gallery / tasting room where everyone mingled and some spoke about the peanut butter / salmonella crisis or peanuts in general as everyone munched on various peannutty treats. At some point we migrated to a hallway in the back, which was a great spot because we got first dibs on whatever was coming out of the kitchen (hehe). We could also peek into the back room where they were filming chef demonstrations that were shown in the gallery for people who couldn’t squeeze into the demo room.

It was really interesting to be able to mingle among peanut farmers, product manufacturers, chefs and peanut enthusiasts since it’s not often that these groups come together in one room. Taste Tester and I got to meet a few members of the Peanut Butter & Co team including their web-guy, Scott Stephan and their designer, Mike Shea. We also met Raffaela Marie Fenn, the President and Managing Director of The National Peanut Board, Suvir Saran, the talented NYC chef-owner of the much raved about restaurant Devi, and Bernard Brown of The PB&J Campaign.

Some highlights of the event definitely included Suvir’s creations which were the Lemon Rice, Peanut Chaat and the Magic Bar (mmmm). After some deliberation over whether or not there were nuts or seeds in the Magic Bar (Taste Tester cannot eat either) Suvir confirmed that the only “nuts” used in the bars were peanuts. He then went on to say that it’s amazing how many people don’t realize that peanuts aren’t nuts. I couldn’t agree more - it feels like every time we explain to people that Taste Tester loves peanut butter but can’t eat nuts they get very confused (peanuts are actually a legume).

I have an embarrassing lack of pictures from this event. I know, what a bad blogger / nerd I am. Will drawings do? This is a rundown of the yummy peanut butter dishes we tasted:

Here are some translations:

The only thing I tasted that I wasn’t crazy about was the Mac & Cheese made with peanut flour. There are some ingredients that I don’t really think go all that well w/pb and cheese is one of them.

All in all, it was a fun and well-put-together event. Bravo, National Peanut Board! We’re doing this again next year, right?

On our way out the door, we even got a goodie bag - sweet! It included a tote bag that I’ve since been using for groceries, a jar of PB & Co peanut butter, a cerrated spatula, peanut butter hot cocoa mix, an oven mitt, a drink mixer with a sample of peanut flour and various drink recipes, and some of this crazy stuff: The funny and innocent-looking packaging above (designed by Jeff Oehmen) conceals this: I can’t say a lot about this brittle because I didn’t eat much of it. What I will say is that it’s very pungent and that I enjoyed making other unsuspecting people eat it. Buy a box here and try some yourself. The chocolate bar doesn’t smell as much like bacon as the brittle does.

So now that I’m stocked with peanut butter, peanut flour and peanut butter hot chocolate mix, I think I’ll have to get in the kitchen and start experimenting! Thanks to Peanut Butter & Co for inviting me to the tasting! :)

Remember to check out The National Peanut Board’s site for yummy recipes and The Astor Center’s calendar for future classes and events.