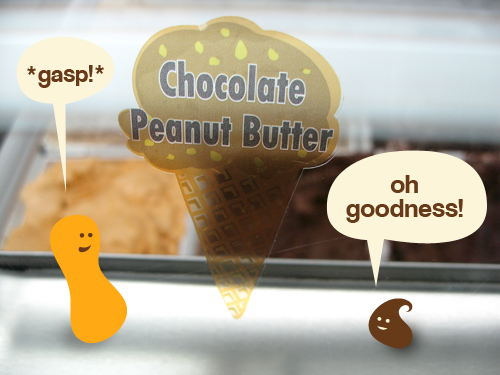 A sticker after my own heart…

We ordered a Chocolate Peanut Butter Milk Shake (of course). I thought the shake was quite tasty but my opinion seems almost irrelevant next to Mr. Taste Tester. Milk shakes are his choice dessert like 50% of the time, while I rarely get them. They’re tasty, just a bit too heavy a dessert for me after I’ve just polished off a whole meal.

Unfortunately he did not feel quite as fondly as I did about this particular shake. He didn’t think the peanut butter ribbons that were in the ice cream were salty enough and suspected they used 2% milk instead of whole when making the shake. I however, generally prefer 2% milk and appreciated that it didn’t give you that brick-in-the-stomach feeling that heavier shakes would. But since the taste tester is used to crazy thick Cold Stone shakes, he was a little unsatisfied.

Thanks to my c&pb addiction, it was easy to choose a flavor, but I might have been a little lost otherwise. Torico has TONS of different varieties including some very interesting ones. The following interesting flavors are from their menu (they do have many other, more usual flavors incase this scares you)… 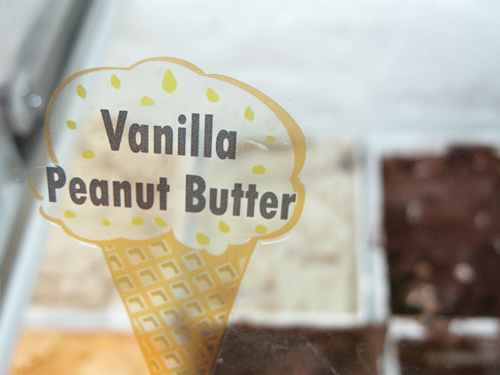 And hey, if you can’t get to Jersey City, get out there and find the nearest homemade ice cream shop near you. It’s fun (and delicious) supporting the mom and pop shops out there.